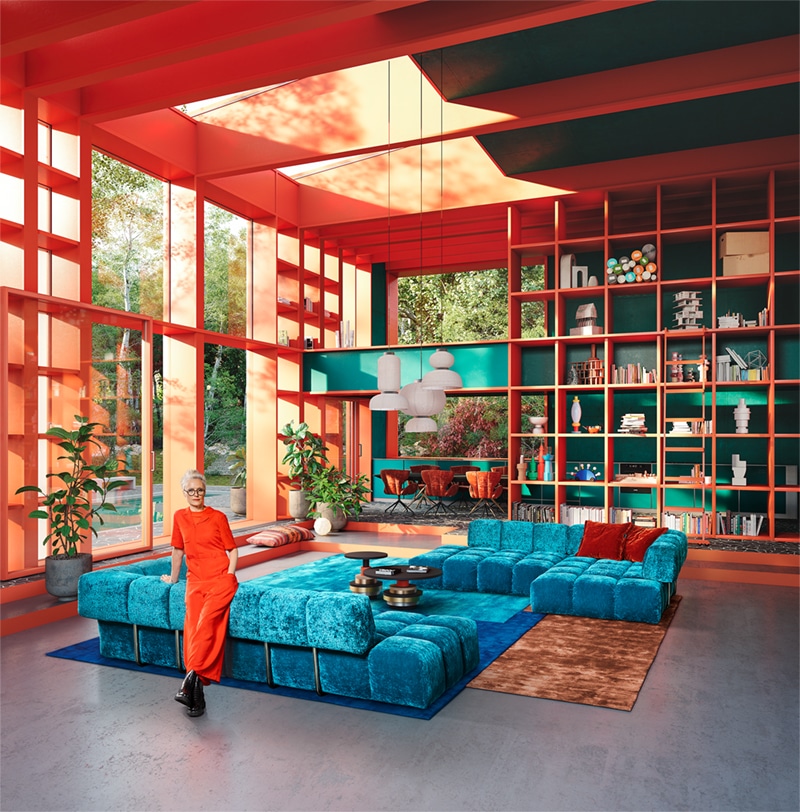 Turning the living room upside down at 3 AM? No problem, a change in perspective never did anyone any harm anyway. The only question is: Récamière left, Récamière right? Back rest, yes, no, maybe? Completely up to you! 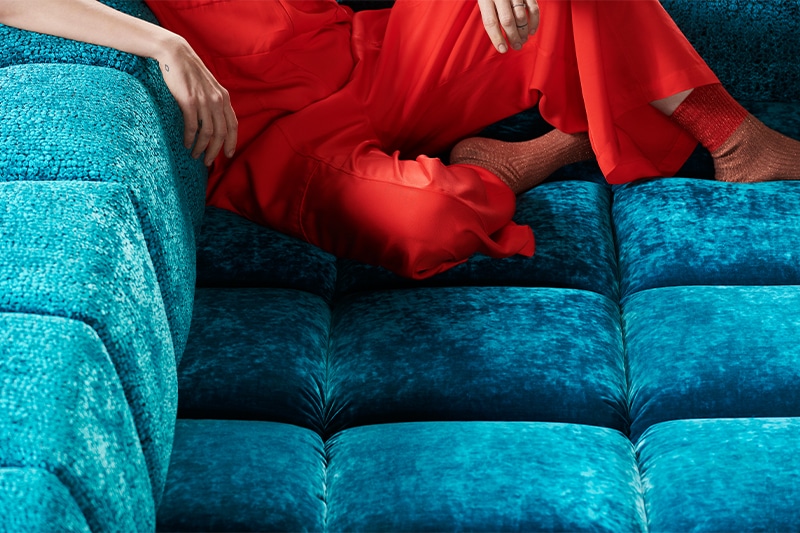 “THANKS TO ITS COMFORT, ITS CHANGEABILITY AND THE EMPHASISED DEPTH, EDGY TURNS INTO A MEETING PLACE. EDGY OFFERS SPACE TO GROW; TO BE MINDFUL, BUT ALSO TO ARRIVE – A PLACE OF DURATION.”

Edgy is the result of wanting to combine flexibility and simplicity with outstanding comfort. With its constructive design, clear form language and its variability, Edgy stands for a free, informal and avant-garde lifestyle.

“EDGY IS LIKE PLAYING TETRIS AT HOME, ONLY MUCH MORE CILLED.”

Edgy’s theme can be found in the 80s cult game Tetris, based on the idea of tetrominos (geometrical figures, which consist of four individual cuboids), which have to be cleverly combined with each other on the screen. And Edgy follows this idea; colourful, geometrical cuboids build the basic corpus which can playfully and easily be turned into ever changing combinations. With Edgy, it was important to us to find the middle ground between a clear, constructive design and an approachable and cosy aura paired with the maximum of flexibility. With Edgy, we wanted to show everyone that there is no contradiction in that, but that it mirrors the needs of society today.
That’s why Edgy doesn’t seem to be too square, as its name or the association with the tetronimos may suggest.

From the free combination of the elements, traditional sofas, sofa with chaise lounges, corner-couches and free standing island elements can be created. Because of that, Edgy is extremely interesting for the use of living rooms, as well as for object areas, and offers solutions for a number of different rooms.

If you want to leave the known paths behind and want to see yourself from a different perspective then this is your chance! Edgy is waiting for you with your trading partners, as well as in our stores which are still reachable via phone and email. We’re looking forward to hearing from you! 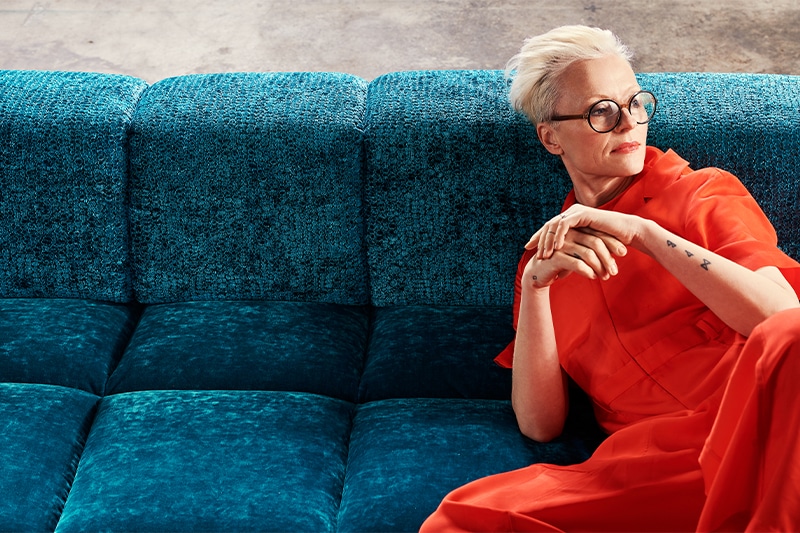 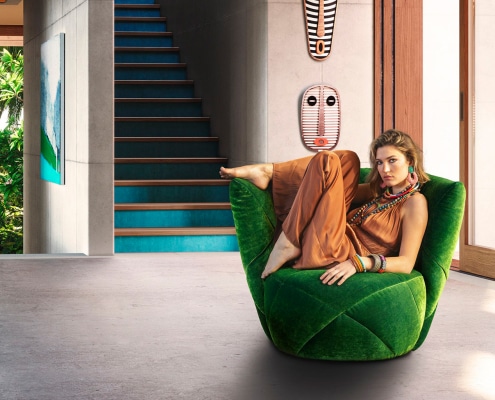 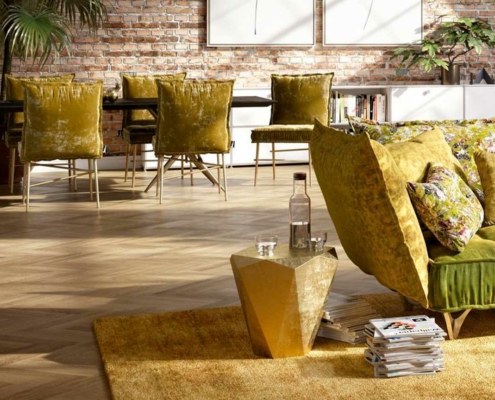 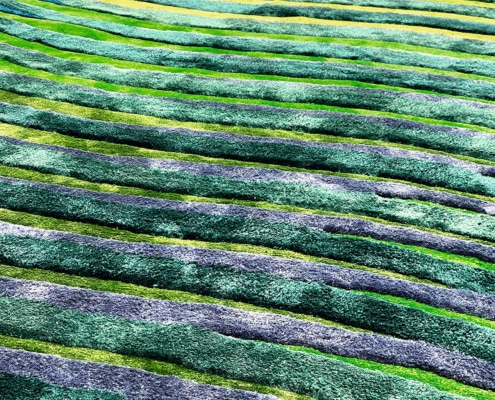 be inspired by the characterful stories and trends!

be inspired by the characterful stories and trends!